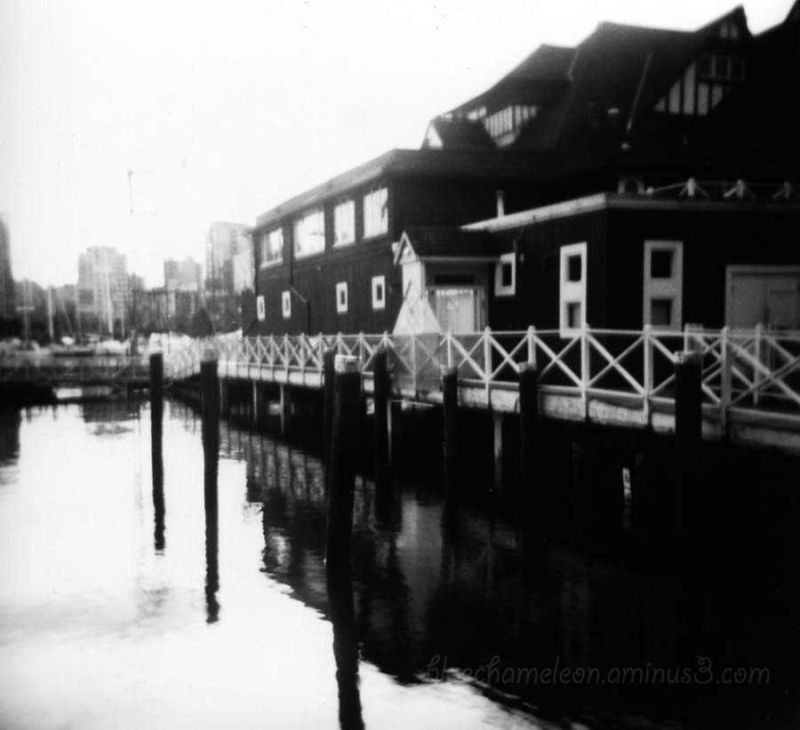 Previous Next
← previous day next day →

Posted by bluechameleon (Vancouver, Canada) on 30 January 2009 in Architecture.

"Originally formed in 1886 as the Vancouver Boating Club, the first clubhouse was built a year later. In 1890 one of the city's early athletic rivalries began when the Burrard Inlet Rowing Club built its headquarters just west of the Boating Club. Coal Harbour became the scene of many colourful rowing regattas. On April 1, 1899, the two rival clubs amalgamated to form the Vancouver Rowing Club. The present heritage building in Stanley Park was officially opened September 9, 1911."
-- Wikipedia

Vote on The 2009 Photoblog Awards

Vote on The 2014 Photoblog Awards

Just beautiful. Such a richness in this black and white and what a pretty structure.

Amazing how you've made it look so old! Wonderful image and thanks for the info!

All an image rescued to history.
Congratulations.

The blurry feeling of the frame make two major impacts -
1) It look old. As if the photo was taken at 1844 (not 5!) or something. That good, it makes it appear classic
2) The feeling of it... like there is something "bad" in that building or in those waters. Horror movie kinda.
Me like :)

@Ian Bramham: Thanks Ian! Yes, I do love my Holga. There is a sense of freedom when shooting with it :)

So much melancholy in that shot, but a sweet one... One can picture people of ole times having great moments over there... That's fantastic, Sharon**

A beautiful atmosphere and a great place for a row, Sharon.

Love the overall effect of the soft focus. It give the feeling of a mystery. Thanks for the information.

Hmm. Looking at this, I feel as if I am looking into someone's thoughts, seeing an old, old memory tape re-playing inside his/her head.

Very appealing in B&W. Your capture reflects the age of this historical structure. Well done, Sharon.

Has a timeless quality thanks to the softness and use of mono. Fascinating history also. A really neat post, Sharon

Nice “retro” style. Sounds like this place has a neat history. Hope it will stand for many years to come.

I travelled there yesterday in my dream...there was a body, as well....spooky and moody

I've just awakened in a dream, not from one. There is water and this lovely building and I feel like rowing a boat for some reason. This is an utterly beautiful image.

Beautiful perfect feel! What a wonderful use of your Holga! Thanks for the inspiration Sharon.:-)

Love the retro style and mood! A fabulous image, Sharon!

This is a fabulous image. Holga? I knew they created distortions, blurs, vigneting... but not such a nice look. Great to see. Well done Sharon and thanks for sharing.

Magic Holga! I love the view of the modern buildings at the rear, this adds to the strange.

aThe place with the history in the background... and I like it!

Your image, to go along with your description of the building, looks like it could have been taken when it was new. Very effective.

One from Açores, Portugal

Outstanding !
A strong contrast and excellent treatment, it seems an old picture !

Looks like a old picture, and it also has a certain doom over it, seem abandoned and empty. Great processing

as so often with your pics, a slightly sinister feel that i like so much.

Love the historical background
Beautiful shot with the water.
I love the details Sharon...